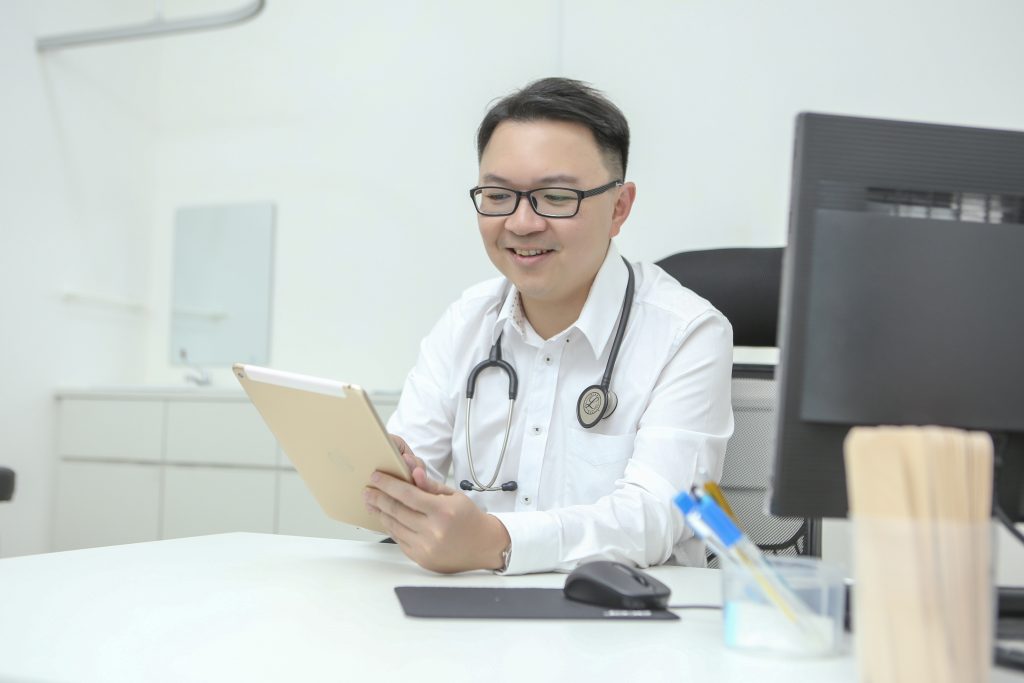 Many people will think that General Practitioners (GPs) are doctors who take in patients with coughs and colds. Administer some medicines and off they go. In the day-to-day practice, GP’s consultation covers more than just minor ailments. On a bigger scale, they tend to their patients’ physical, psychological and even social undertakings.

Dr Yuen Yee Seong’s parents, who are also doctors, have been serving the community in Taiping since 1979 in Kelinik Yuen (father’s clinic) and Kelink Chin (mother’s clinic). His parents had imbued the kindest, most humble and caring disposition amongst their patients. The patients came back over the years sometimes to just chat, voicing out their deepest concerns about almost everything, from the town’s development to the maturing of their lovely children. Coincidentally, these were the children who had been treated by Dr Yuen’s parents when they were growing up.

Dr Yuen Yee Seong (Dr YS Yuen), following in his parents’ footsteps, is giving back to the townspeople the loving care what his parents have cultivated throughout the years. Updating the name of the group of two clinics to H Clinic Group, he aspires to consolidate and group the exemplary clinics in Taiping, as a start, with the idea of offering an integrated medical care for their patients.

Graduated as a General Practitioner in 2007 with MBBCH BAO (Ireland), Dr YS Yuen completed his housemanship in General Hospital in Kuala Lumpur. He was assigned to the Plastic and Reconstructive Surgical Unit and practiced in that department for six months. After that, he was sent to Sarawak and assigned to the ENT department for forty-two months. For another one year, he was transferred to Sg Buloh Hospital ENT department.

With his experience handling cases in skin diseases and diagnosing ailments that affected the ear, nose and throat, Dr YS Yuen became adept in skin disease consultation from common acne to eczema or psoriasis; making them his special interest for treatment in the clinic.

Having learned and exposed to modern business management, Dr YS Yuen has a thought of consolidating most, if not all, the clinics in Taiping and beyond. The idea of coming together as a group will amplify the effort to expand the loving-care network to help the community.

This website uses cookies to improve your experience while you navigate through the website. Out of these cookies, the cookies that are categorized as necessary are stored on your browser as they are essential for the working of basic functionalities of the website. We also use third-party cookies that help us analyze and understand how you use this website. These cookies will be stored in your browser only with your consent. You also have the option to opt-out of these cookies. But opting out of some of these cookies may have an effect on your browsing experience.
Necessary Always Enabled
Necessary cookies are absolutely essential for the website to function properly. This category only includes cookies that ensures basic functionalities and security features of the website. These cookies do not store any personal information.
Non-necessary
Any cookies that may not be particularly necessary for the website to function and is used specifically to collect user personal data via analytics, ads, other embedded contents are termed as non-necessary cookies. It is mandatory to procure user consent prior to running these cookies on your website.
SAVE & ACCEPT